We live at a time of technological change that is creating an impact on people’s life. Every year, the Faculty of Science and Technology (FST) works towards introducing the students to new scientific advances and innovations. The university has always strived to continuously evolve by incorporating practical applications and perspectives into its curriculum as well as implementing creative initiatives for its future leaders.

As a part of that very notion, the AIUB Computer Club (ACC), a proactive departmental student organization of FST, organized their annual flagship event, the “AIUB Cyber Gaming Fest 2019”, a 4-day long cyber gaming competition for young talented gamers. The AIUB Cyber Gaming Fest 2019, powered by GIGABYTE” brought together over 600 students from more than 130 reputed schools and colleges from across the country from the 5th – 8th of December 2019. The hundreds of eager players registered to participate in various strategic, action, and multiplayer games like NFS Most Wanted, FIFA 2019, Counter-Strike Global Offensive, DOTA 2, PUBG Mobile, and Beat Saber, a Virtual Reality (VR) game, in partnership with Club G1 IT and AORUS.

The campus was overwhelmed by a crowd of enthusiastic participants at the Opening Ceremony for the event on the 5th of December 2019, which was inaugurated by the Vice-Chancellor, Dr. Carmen Z. Lamagna, and the Founding Member & Chairman of the Board of Trustees, Ms. Nadia Anwar, together. The Associate Dean-In-Charge and an Associate Professor in FST, Mr. Mashiour Rahman, the Director of the Office of Student Affairs (OSA) and an Associate Professor in FST, Mr. Manzur H. Khan, along with several other faculty members and administrative officers were also present in the program 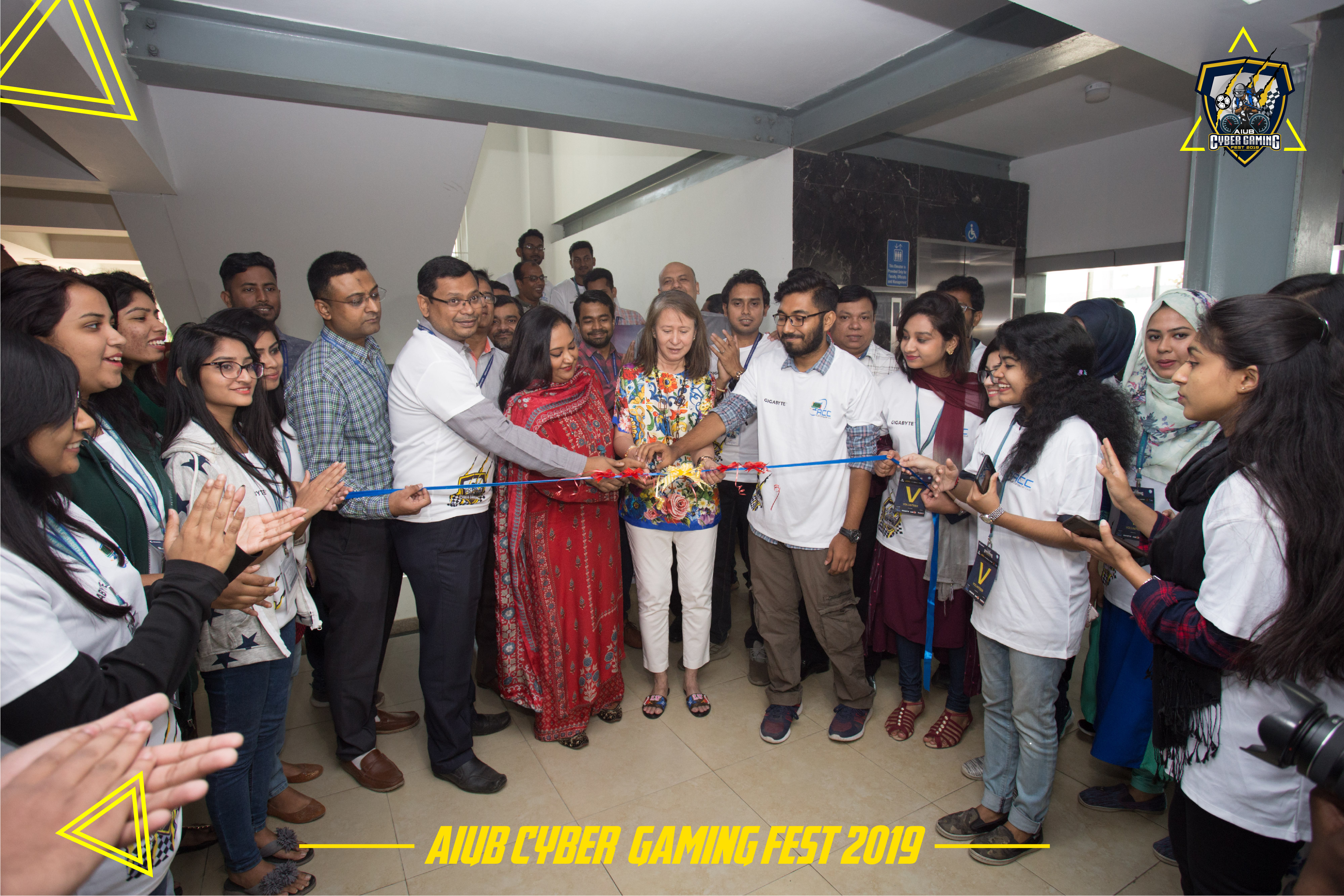 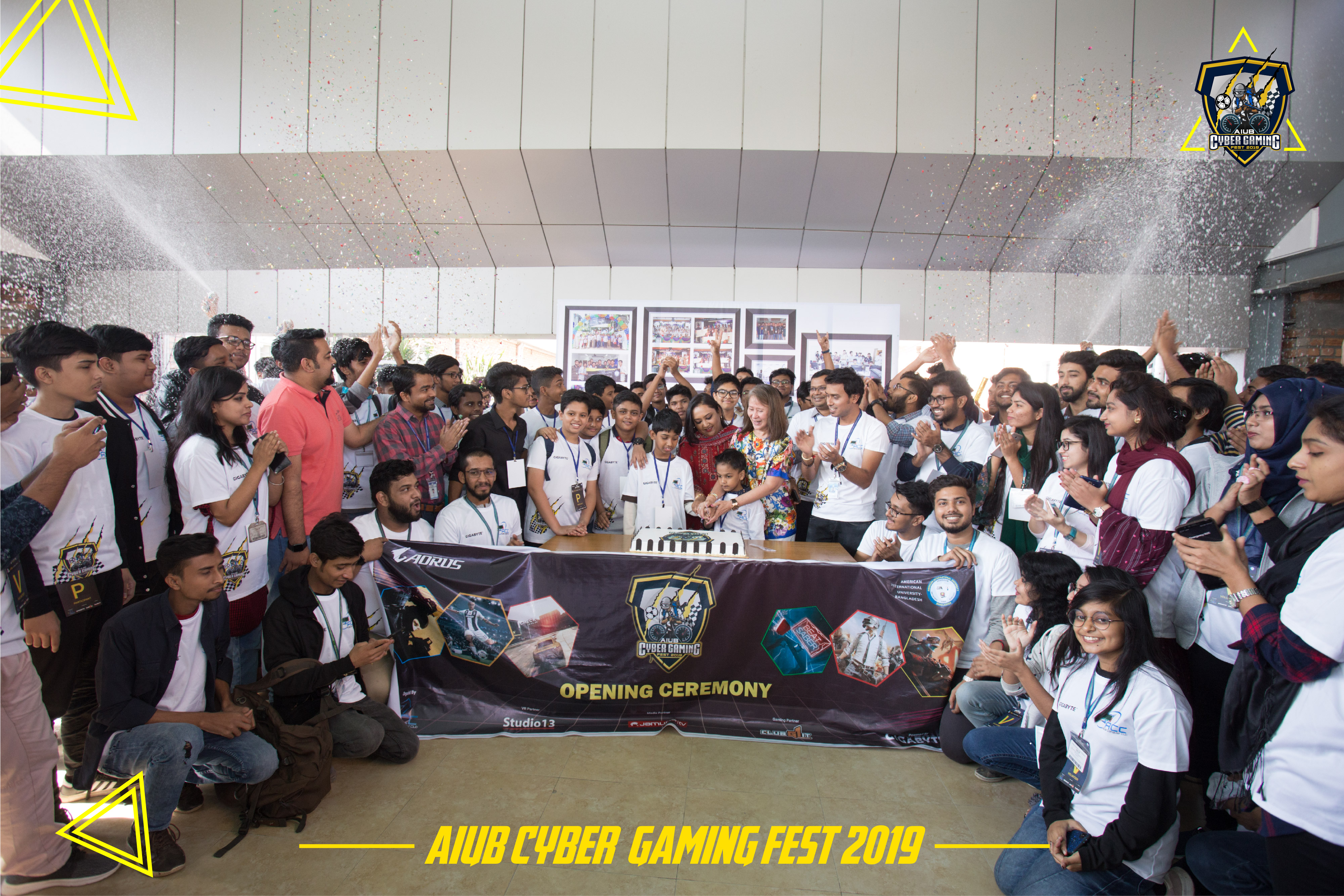 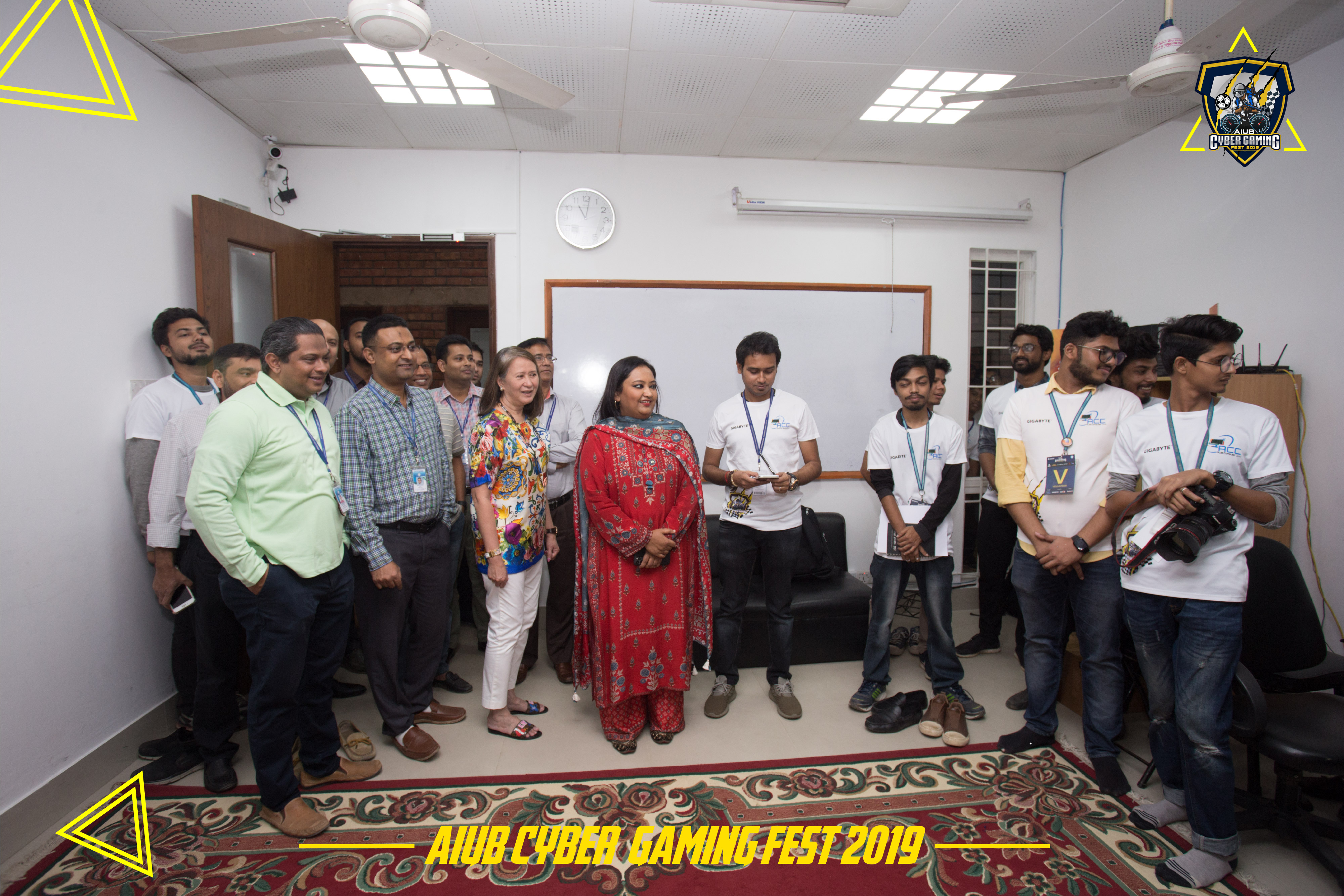 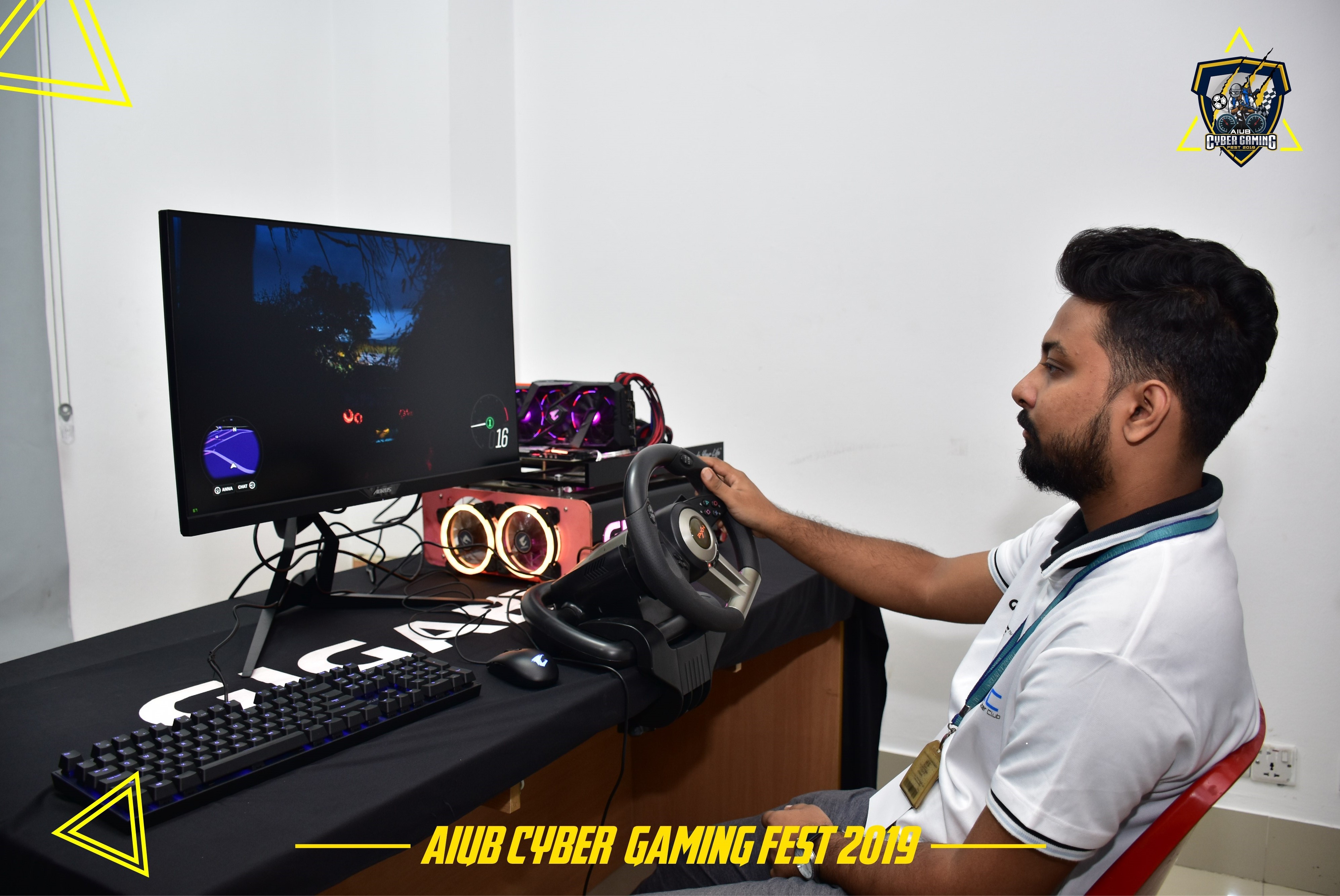 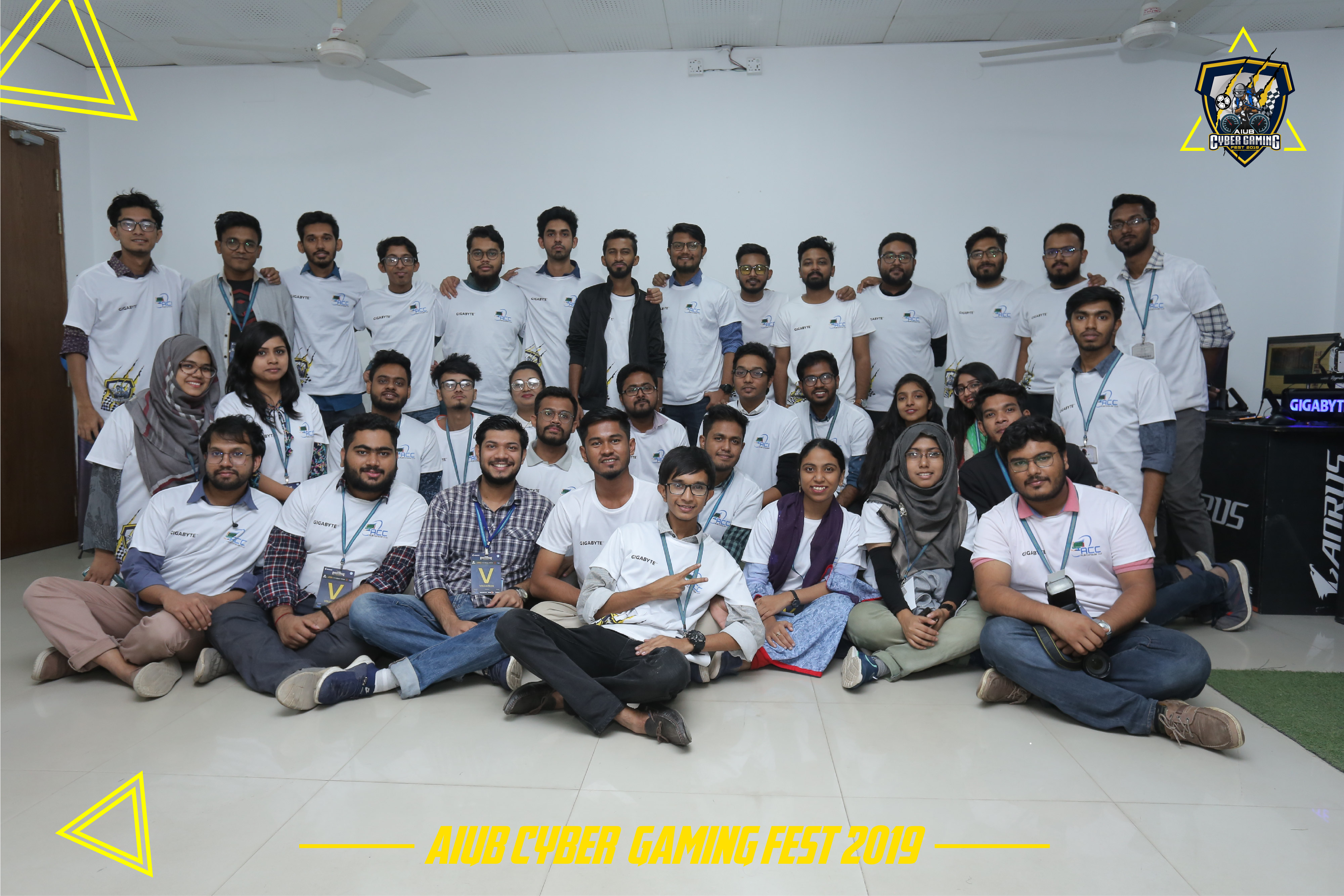 Students played against one another through different elimination rounds, which eventually led to the final that was streamed online and projected on screen in the campus premise, where the crowd cheered them on, every step of the way. After 4-days of the intensive tournament, winners emerged victorious in their respective games. The results of the AIUB Cyber Gaming Fest 2019 are as follows –

The event was the biggest gathering of PUBG gamer, where 85 teams participated from various institutions. Delegates from the Universiti Utara Malaysia (UUM), who were participating in an Exchange Program here at AIUB, also sportingly played a friendly match with the students at the event. 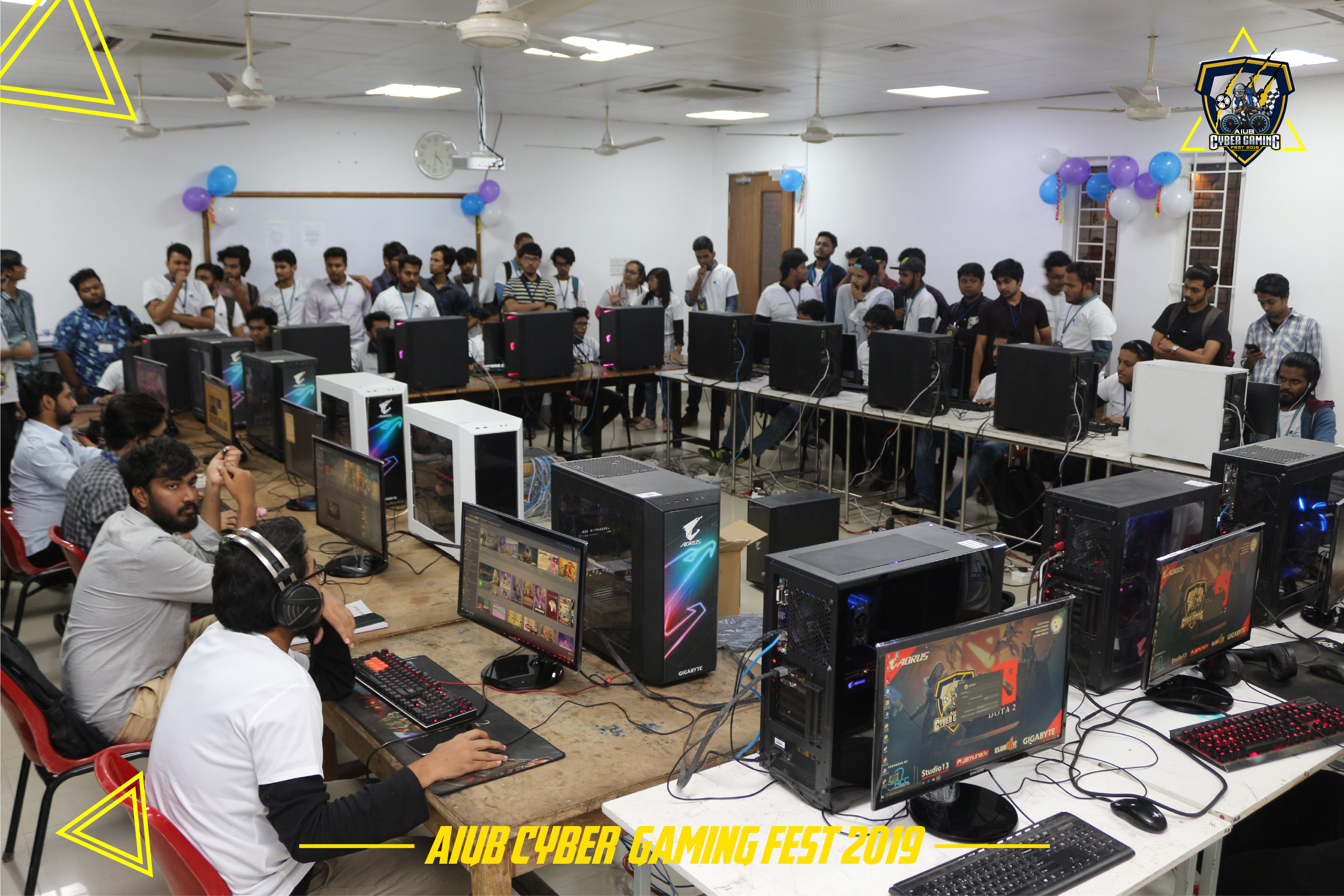 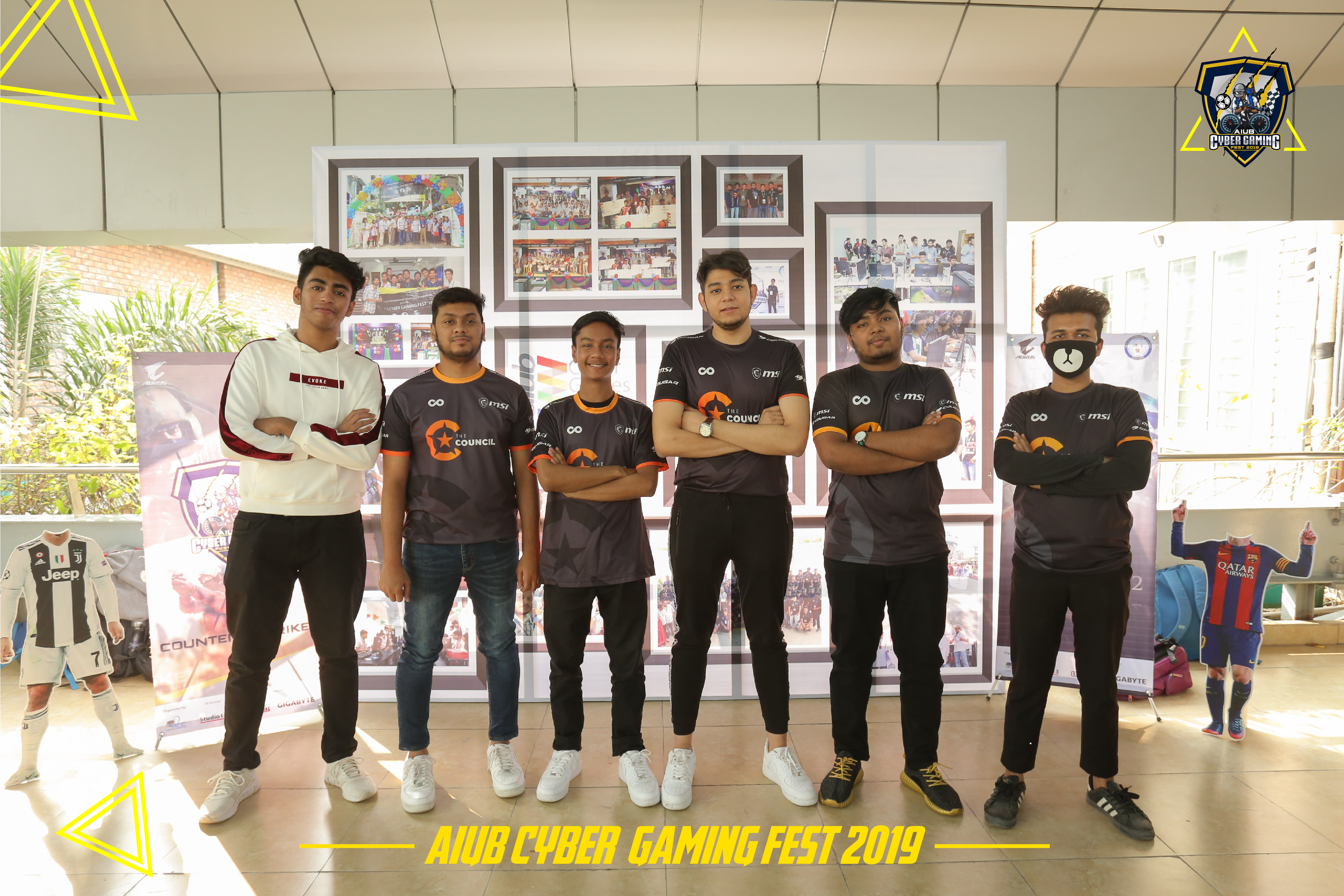 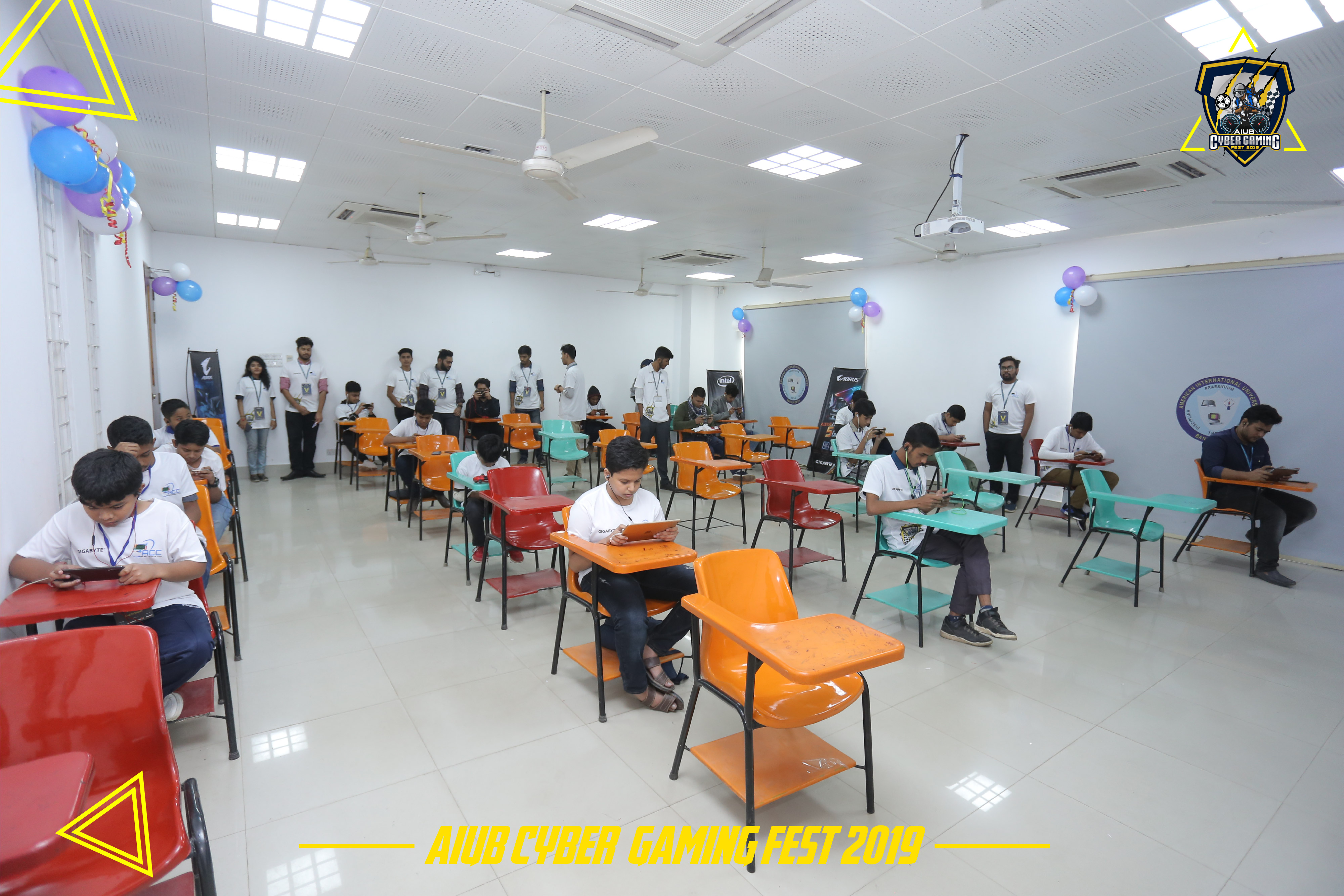 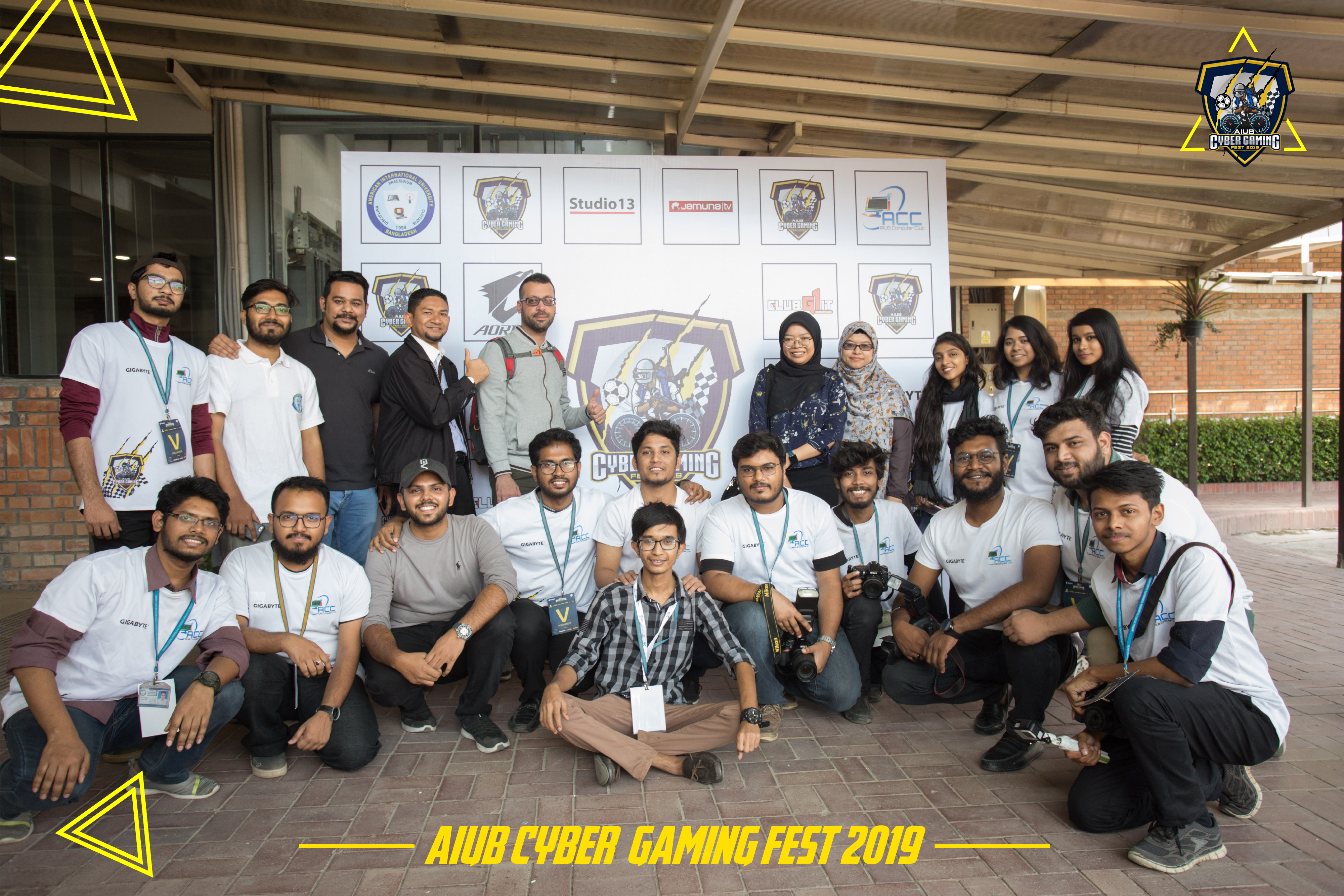 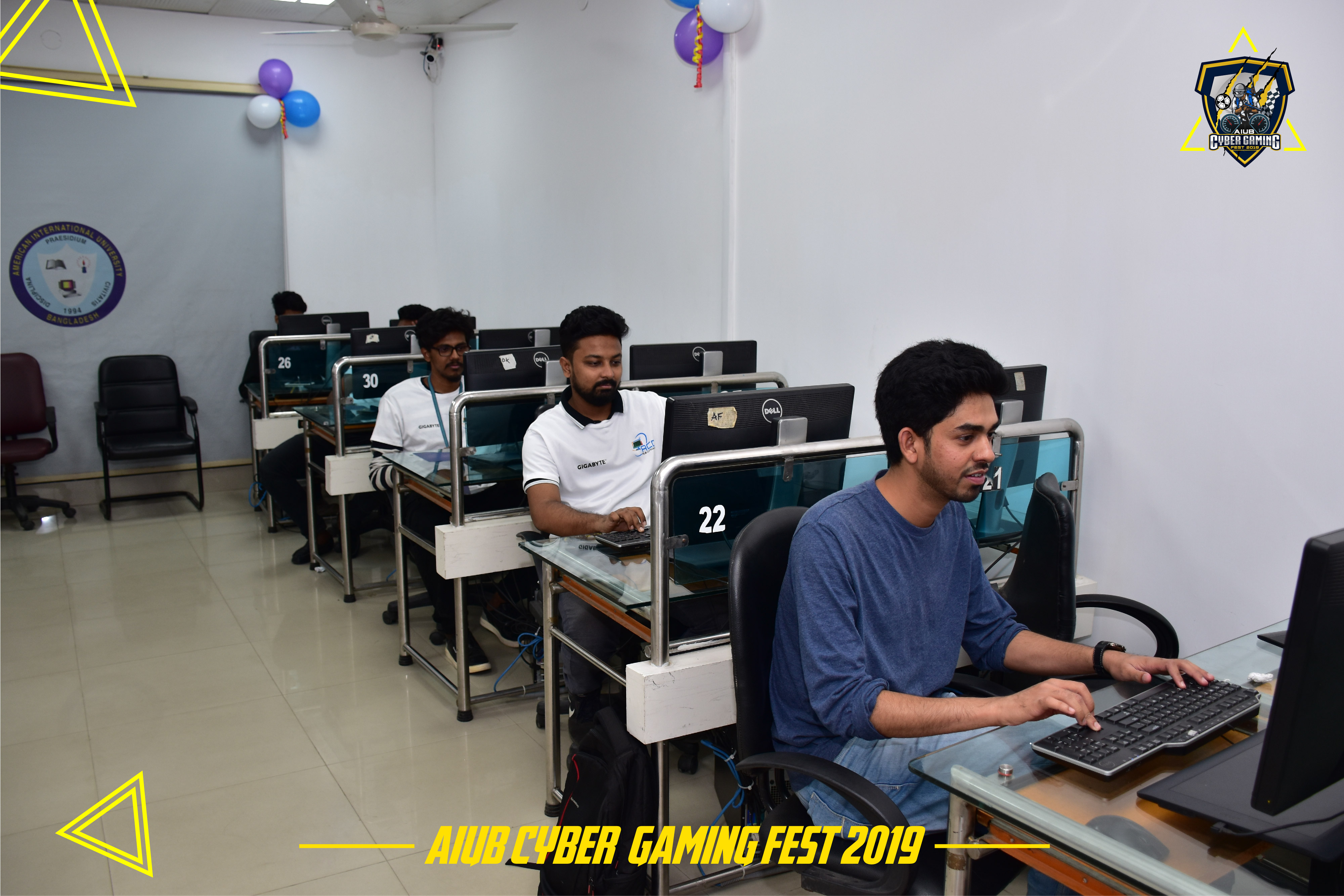 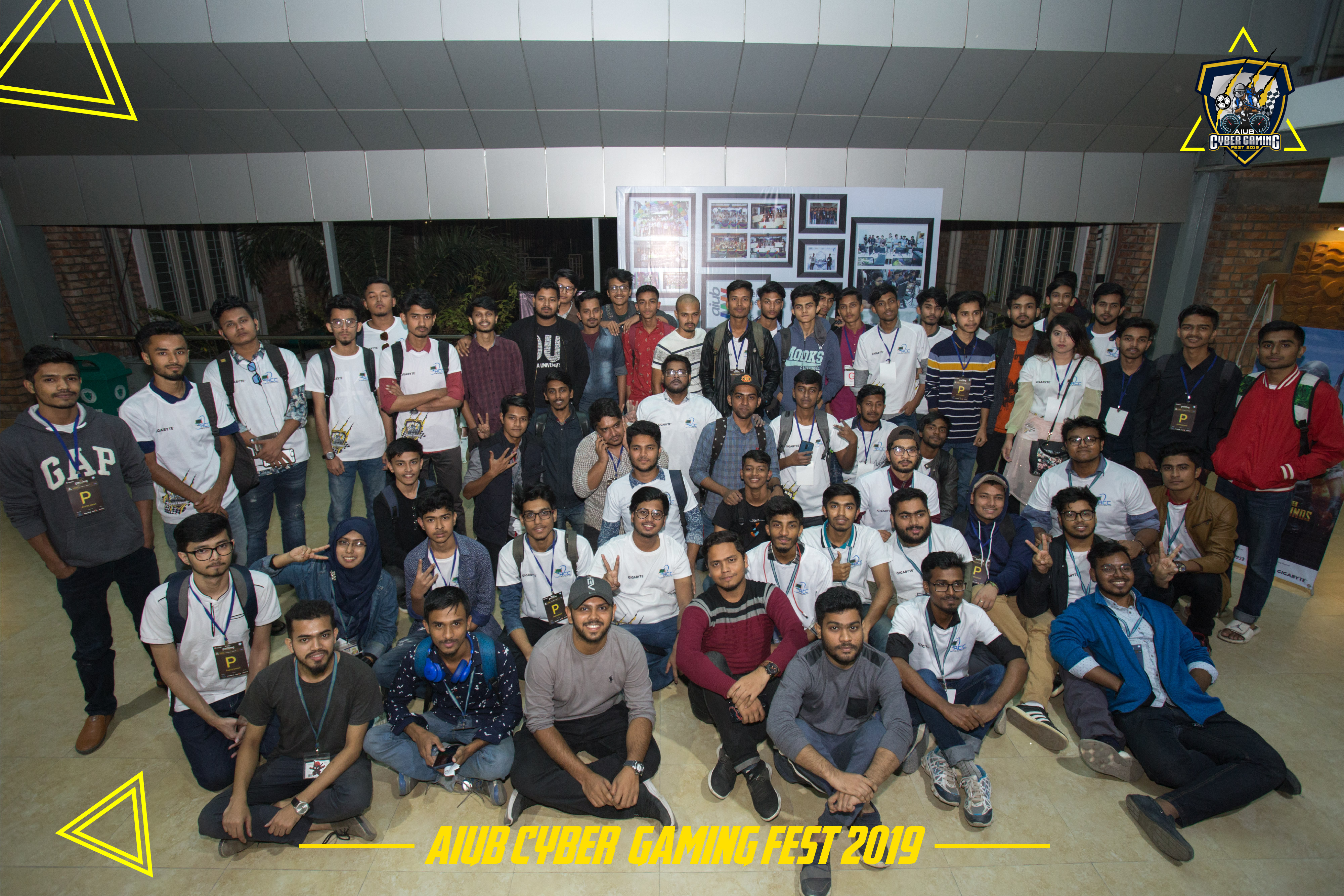 Finally, the competition came to an end, where the Special Guest of the event, Mr. Khaza Md. Anas Khan, the Country Manager of Gigabyte Bangladesh, encouraged students to continue gaming and make their marks in the arena of cyber gaming. The winners were awarded their winning crests and certificates by Ms. Nadia Anwar, along with Prof. Dr. Tafazzal Hossain, the Pro-Vice Chancellor and Dean of FST, and Mr. Manzur H. Khan in the Closing Ceremony, held in the AIUB Auditorium on the 8th of December 2019. Mr. Abhijit Bhowmik, a Senior Assistant Professor of FST & a Special Assistant of OSA, and Mr. Sharfuddin Mahmood, an Assistant Professor of FST & a Special Assistant of OSA were also present in the program. Finally, a cultural program was performed by the members of the AIUB Performing Arts Club (APAC) and ACC, wrapping up a successful AIUB Cyber Gaming Fest 2019. 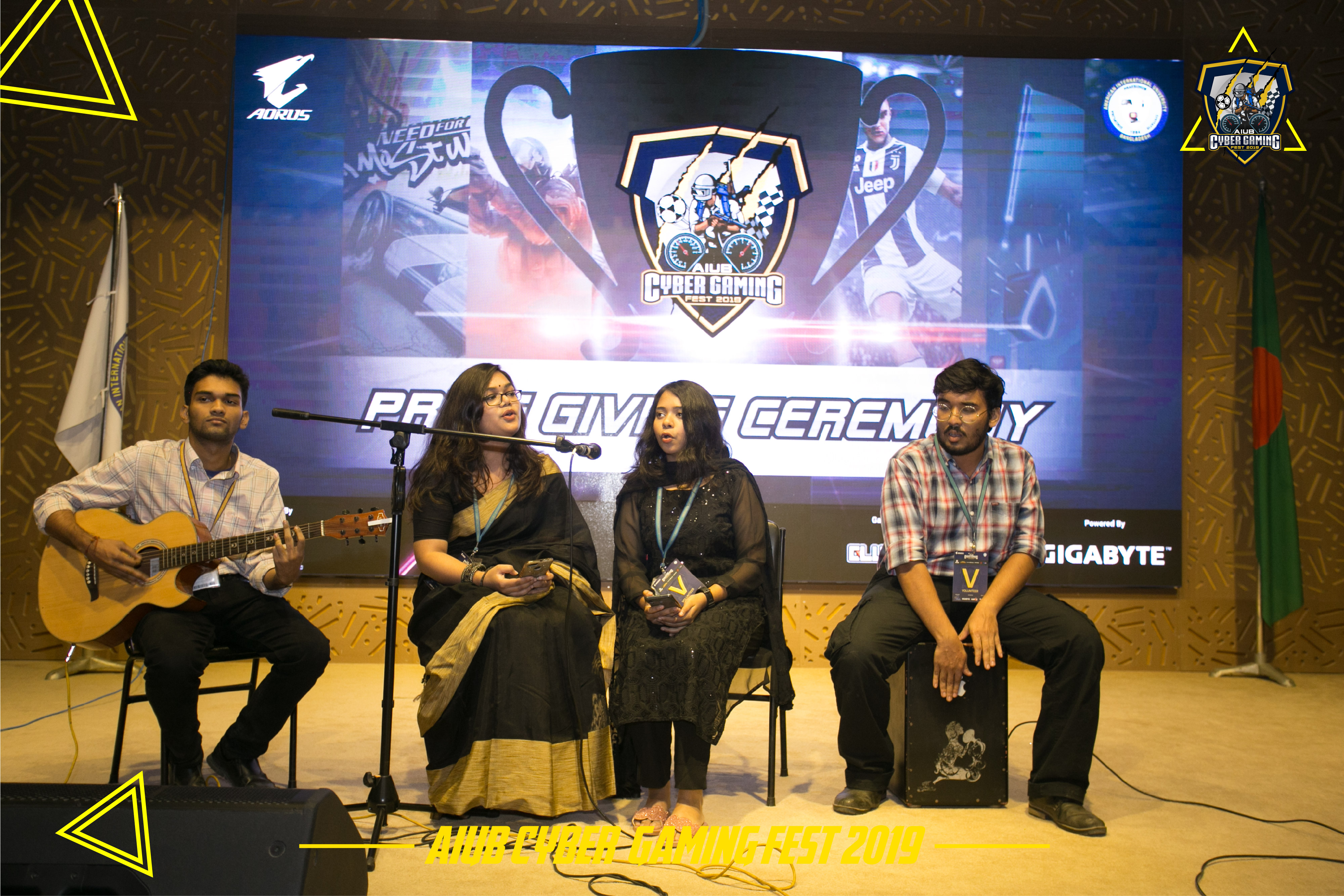 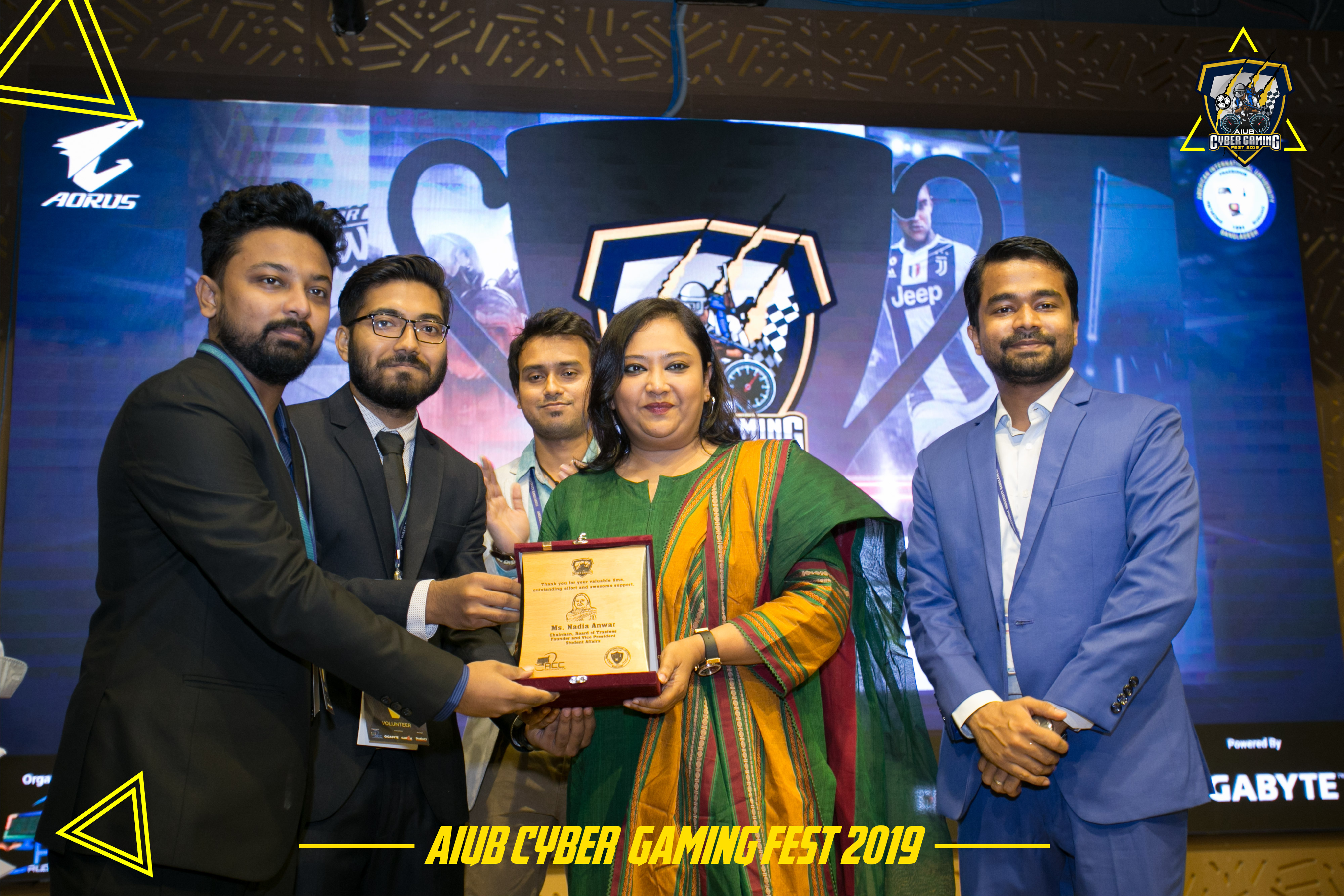 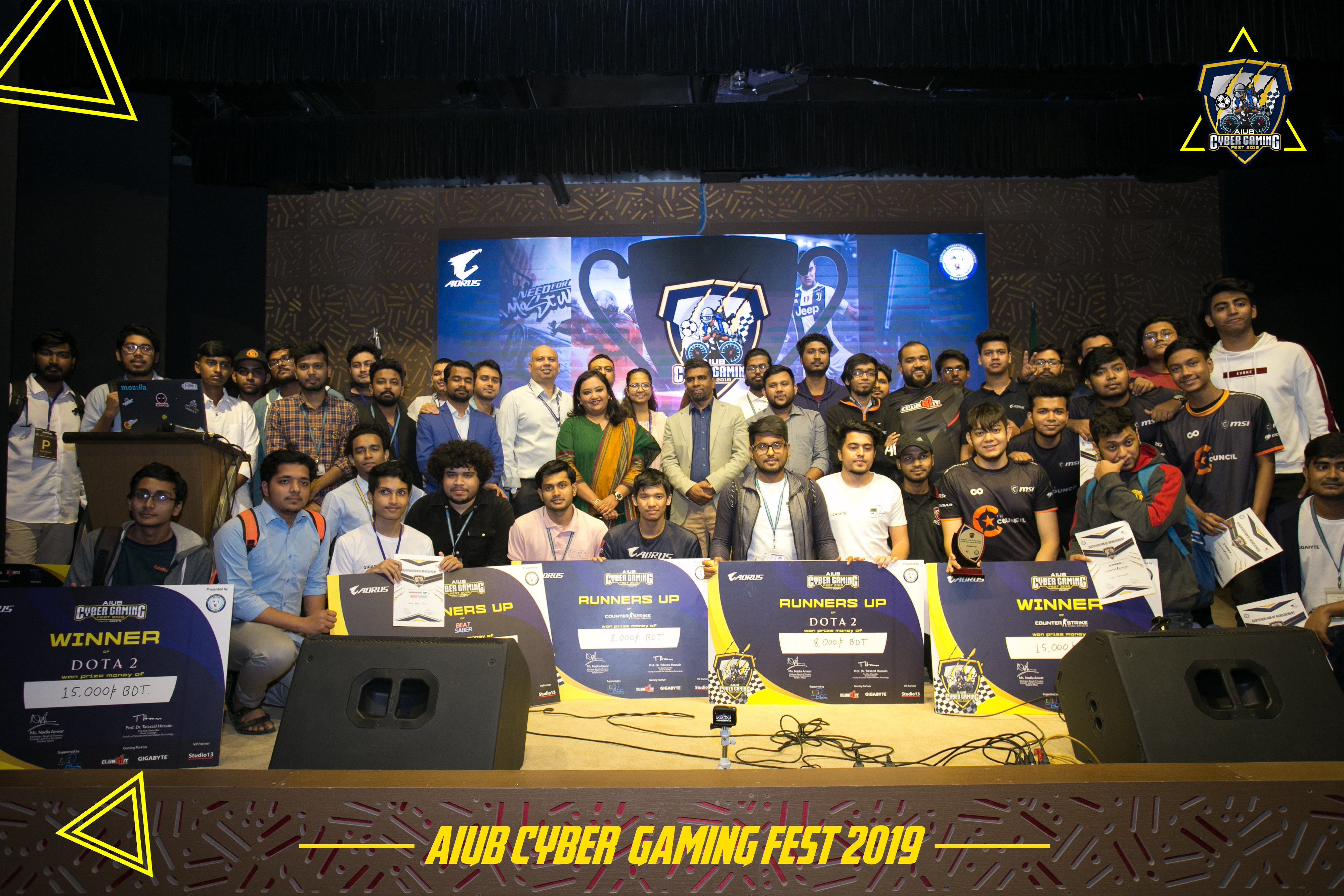 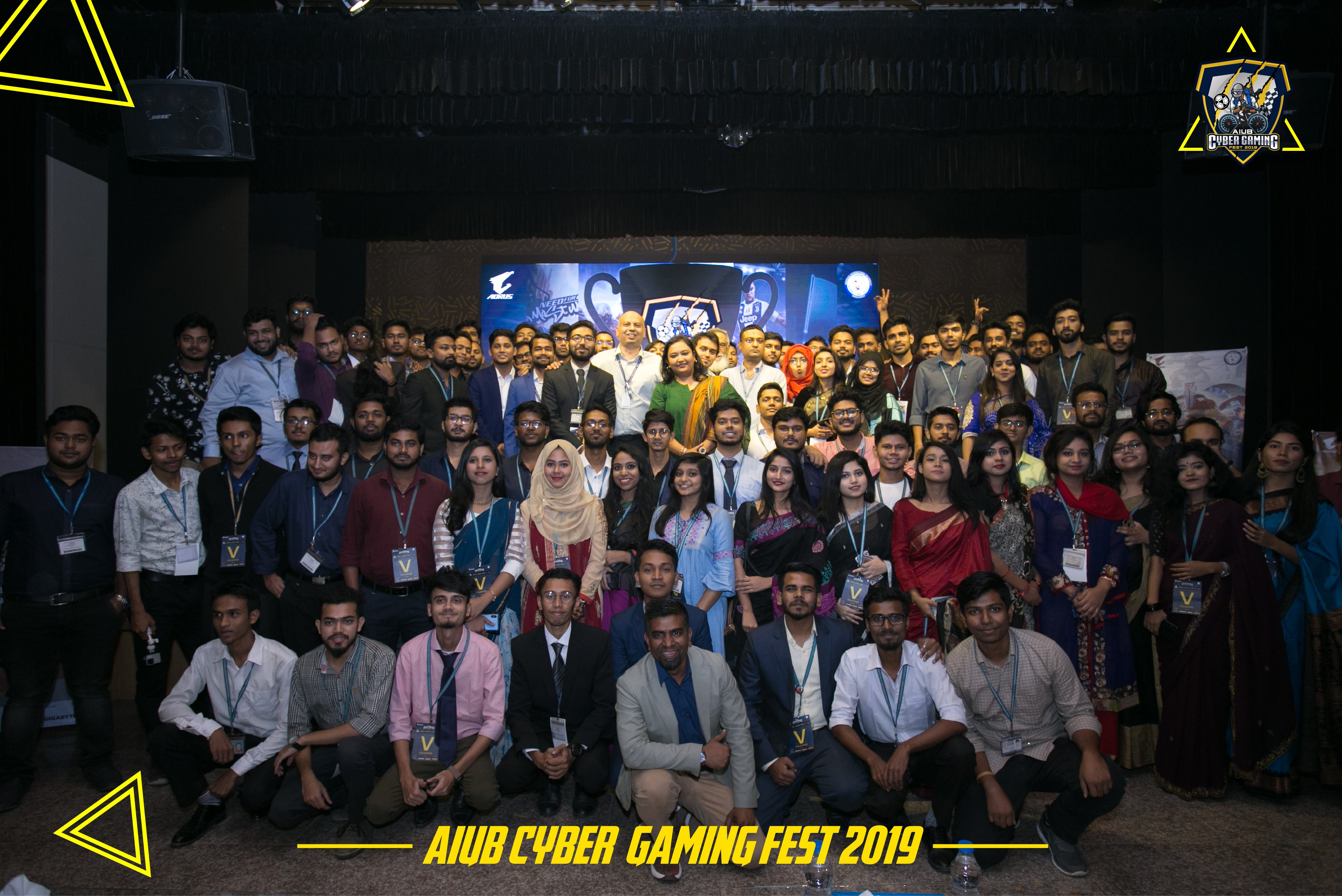