On 5th September 2020, AIUB Computer Club (ACC) organized a virtual workshop on ‘Getting Started with Git’ using the online platform Jitsi Meet. The workshop was conducted by Md Hasibul Huq Rafi, Former President, ACC. The purpose of the workshop was to cover the basic concepts of Git, which is an open-source distributed version control system. 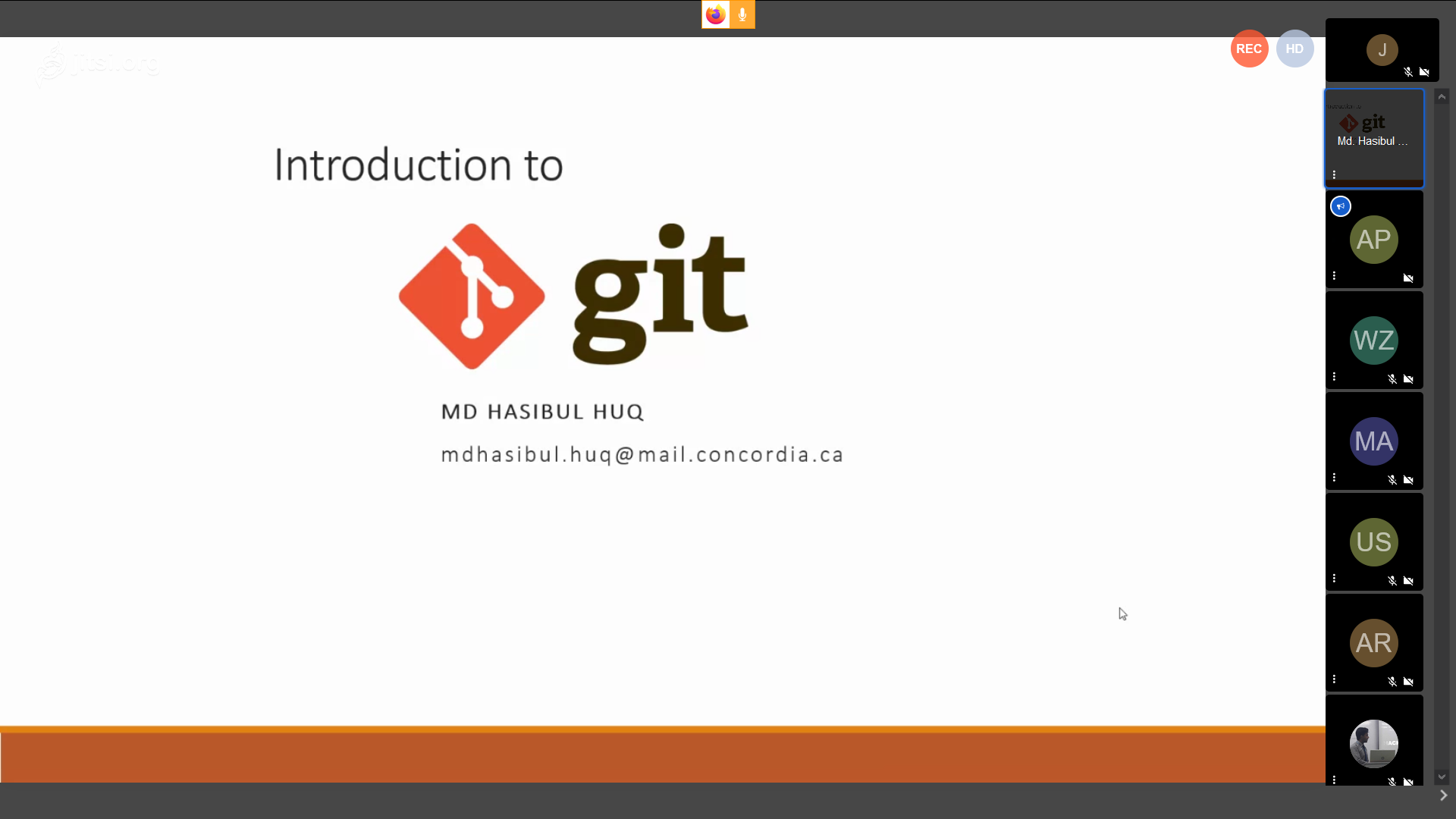 The host of the session was Abrar Rafid, General Secretary, ACC, who inaugurated the workshop at 7:00 PM. Mr. Rafid welcomed everyone to the session and introduced the speaker Md Hasibul Huq Rafi among the participants. Mr. Rafi started his speech by thanking everyone and expressed his grief for the death anniversary of Dr. Anwarul Abedin, Founder Chairman, Board of Trustees, AIUB. A minute of silence was upheld to convey respect for his departed soul. 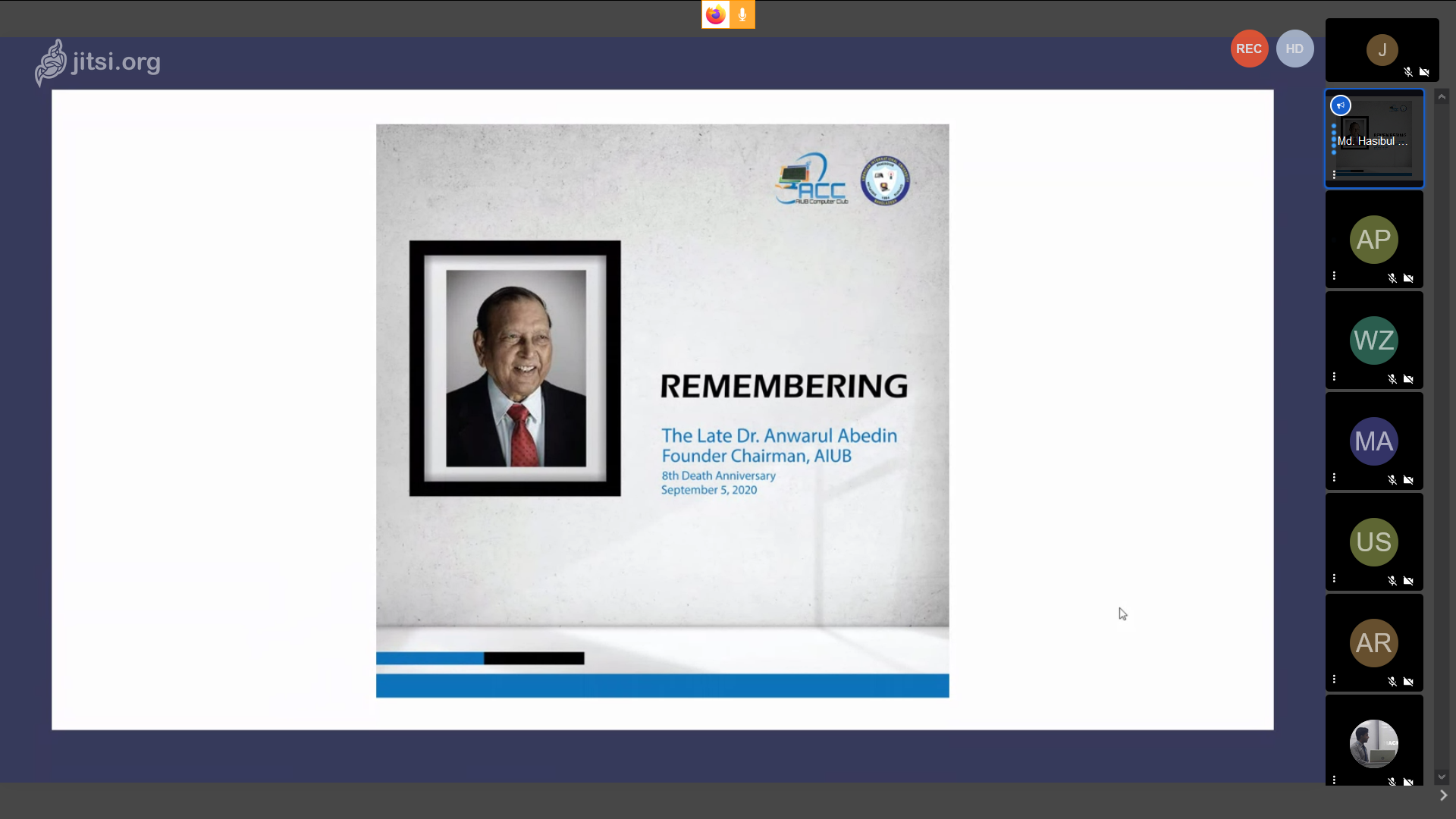 Afterward, Mr. Rafi briefly discussed Git while mentioning it’s uses and importance in today’s world. Then, he talked about the definition of Git, its history, applications and explained different related terms like DVCS, git repository, commit, GitHub, and git workflow. Next, he presented a video containing the practical aspect of different terms. Later, he demonstrated the installation of git and graphically represented how to clone, pull, change, commit, and push a project on Git. Later, there was a question-answer session, where the speaker answered different queries of the participants in detail. The workshop was graced by the presence of Abhijit Bhowmik, Associate Professor and Special Assistant of OSA, AIUB and Rashidul Hasan Nabil, Lecturer, AIUB. They thanked the speaker for taking such an informative session and encouraged the participants to participate in future events. 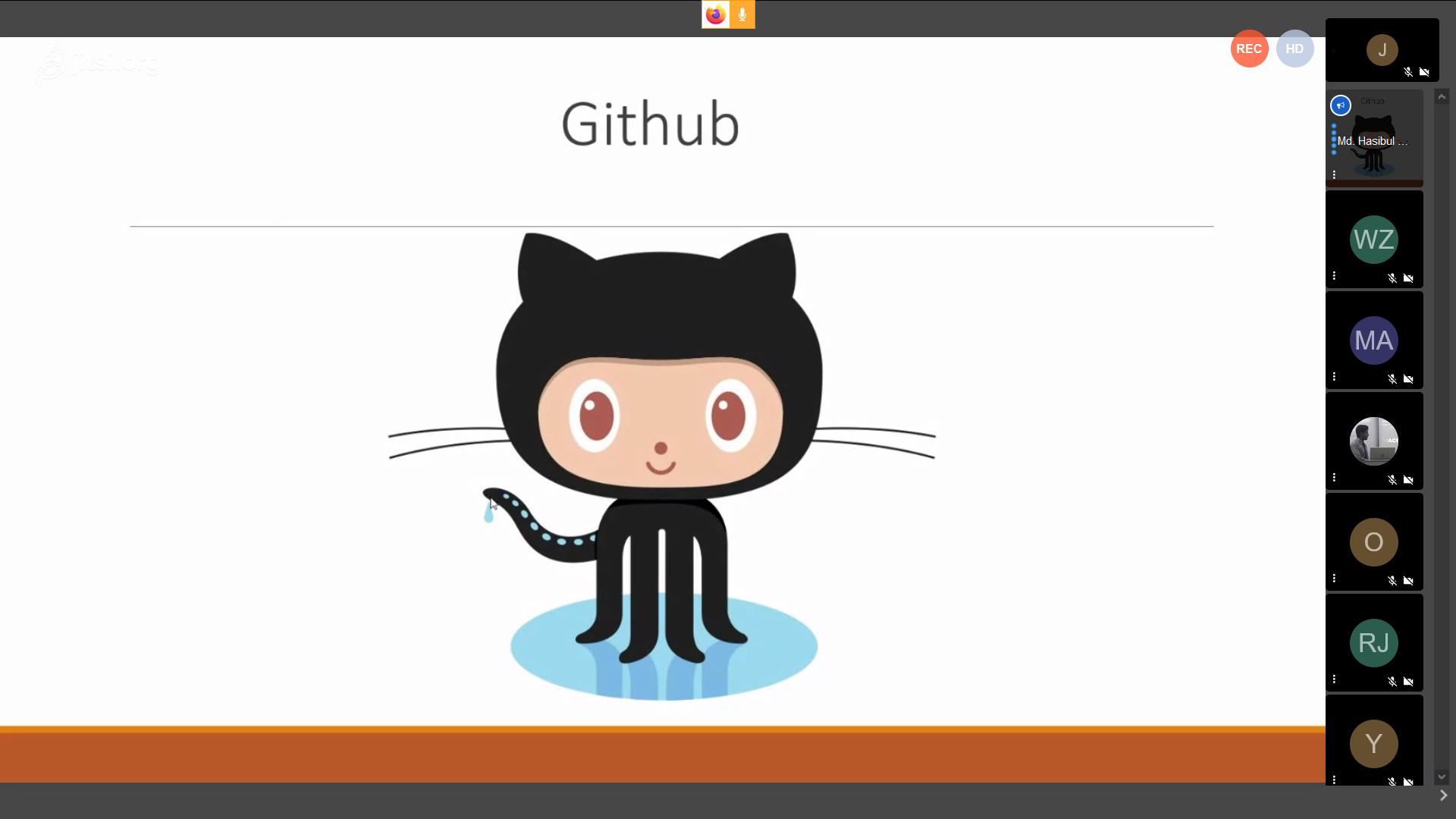 S. M. Raihan Gafur, President, ACC concluded the workshop by expressing his gratitude towards the speaker and thanked the participants for joining the session. Around 40 participants joined the session. 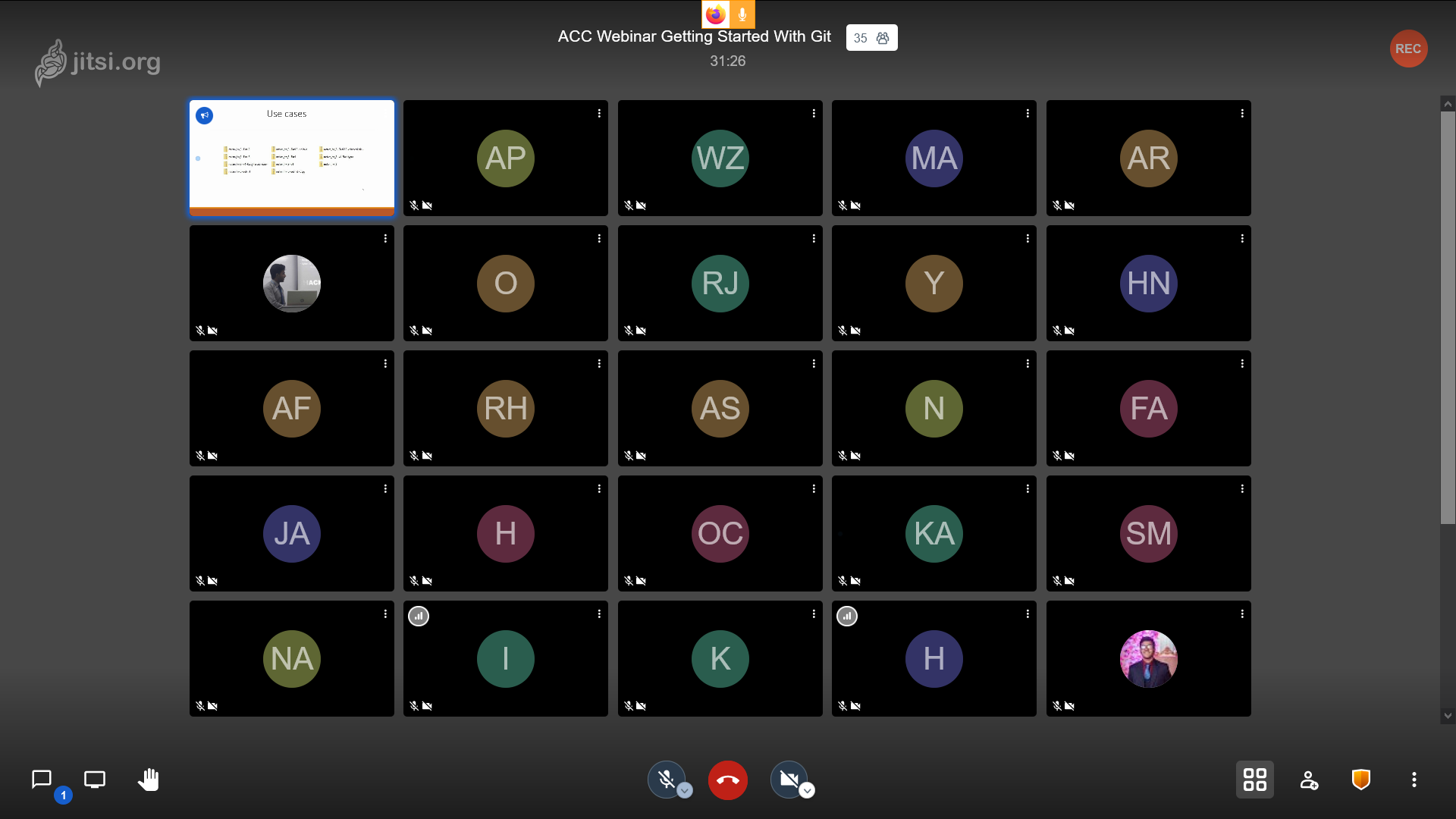