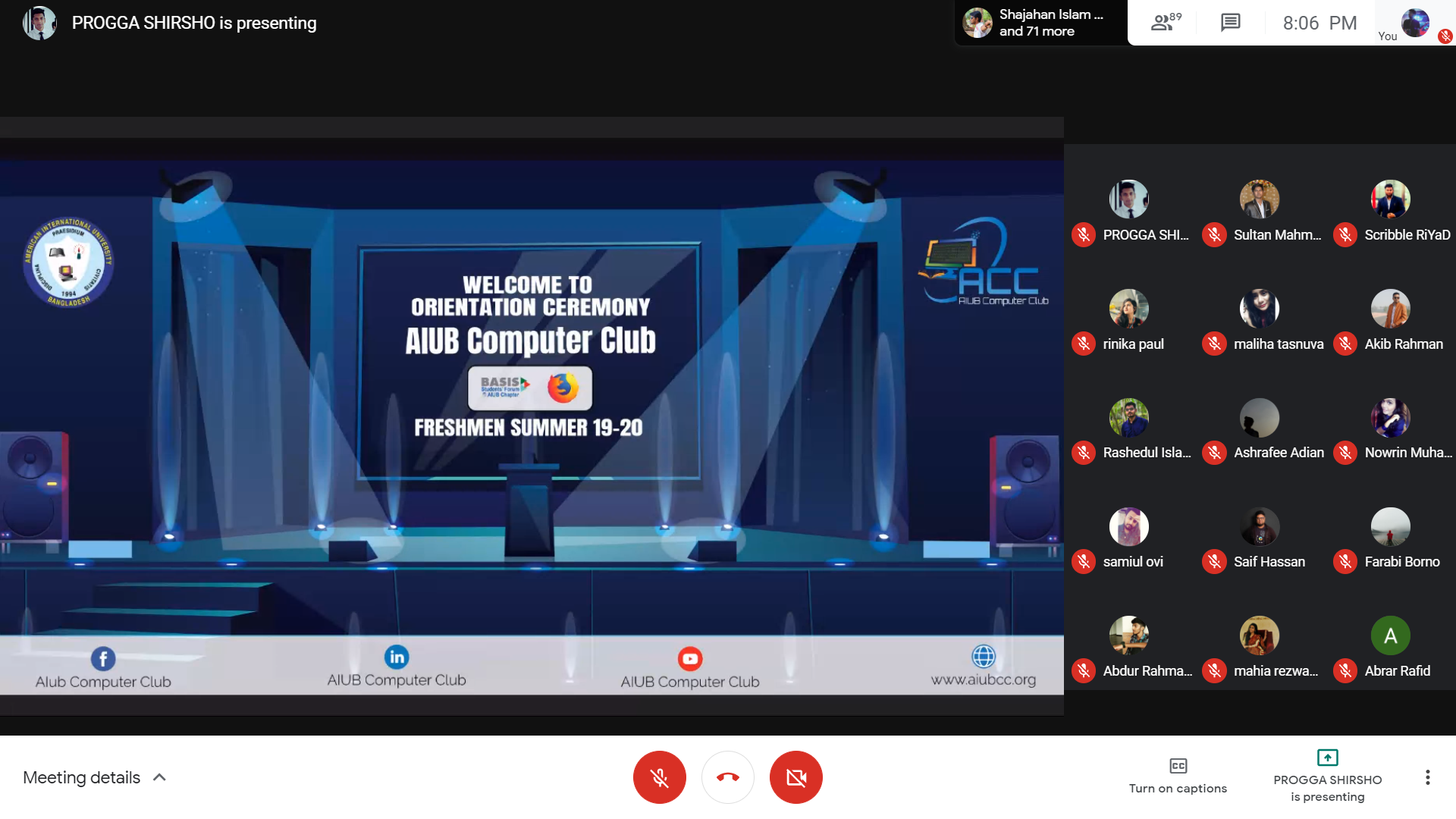 The program started at 7:30 PM with the presence of new and current club members, current and former executives, advisors, and special guests. The hosts of the evening were Prajna Shirsho Shome, General Member, ACC, and Abdus Shakur, General Member, ACC. They started the event by welcoming the newly recruited members of the club. Then, Sultan Mahmud Polash, Assistant General Secretary-Events, ACC, presented his speech by introducing the mission and vision of the club. Then, Abdur Rahman Emon, Assistant General Secretary-Events, ACC, mentioned about different leading events organized by ACC. Next, special guests Mr. Manzur H. Khan, Associate Professor, FST, and the Director of Office of Student Affairs (OSA), Abhijit Bhowmik, Associate Professor, and Special Assistant of OSA, and Md. Rakibul Alam [Polok], Jr. Executive of OSA, graced the program with their presence. Mr. Manzur H. Khan congratulated the newly recruited members and gave them words of encouragement for their future. Afterward, Mr. Abhijit Bhowmik requested the new members to follow the rules and regulations of the university and the club and expressed great expectations from every member. Along with that, he requested the former executives to share their experiences with the new members. Mr. Rakibul Alam also complimented the club and the hard work and efforts of its members.

After their speeches, Raihan Gafur, President, ACC, introduced the club alumni who joined the orientation program. With that, the ambiance got more friendly and gladsome. The program continued with brief introduction session on the Management of AIUB, Office of Student Affairs (OSA), FST, and the Advisors of the club which was conducted by Noor-A-Aysha, Assistant General Secretary-Public Relation, ACC, and Md. Ragib Hassan Shoumik, Assistant General Secretary-Public Relation, ACC. While introducing the Student Communities, BASIS Students’ Forum-AIUB Chapter and Firefox@AIUB, Raihan Gafur, Convener, BASIS Students’ Forum-AIUB Chapter, and Md. Mahmudul Hasan Bhuiyan, Club Lead, Firefox@AIUB, spoke a few words about their respective communities and their activities. Afterward, Mr. Ragib Hassan Shoumik introduced the current executive community of ACC. The executive body members introduced themselves and described their roles in their respective sectors. After that, the alumni took the floor and shared their experiences about how a club helps in communication, teamwork, and career-building opportunities. They instructed new members with good advice and showed gratitude towards all senior and junior members of ACC. 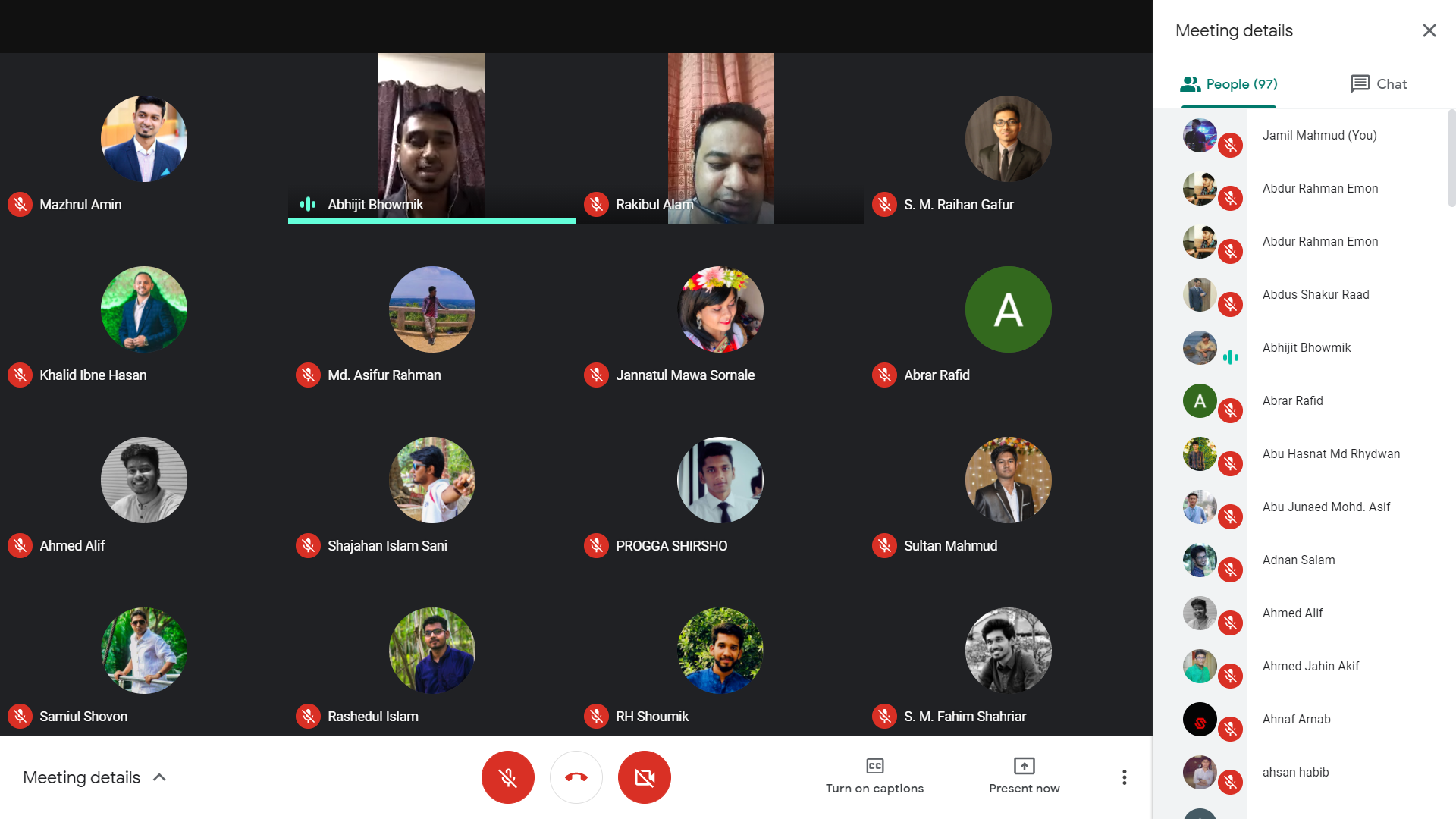 At last, Mr. Raihan Gafur, President, ACC, concluded the program with his closing statement by welcoming and congratulating the new members. He thanked the special guests, advisors, current and former executives. He explained about various sectors of the club and how they are connected. AIUB Computer Club (ACC) extends its sincere gratitude towards the Office of Student Affairs (OSA) and the members of the club for their support to organize this event.