On 23rd January 2020, AIUB Computer Club (ACC) organized a seminar on Higher Studies at Abroad at
American International University-Bangladesh (AIUB). The purpose of the seminar was to provide a useful
overview on knowing why students need to study abroad, how and where to start, how to knock the
academicians or manage the supervisors and how to manage funds along with to share his experiences.
The session was taken by our honorable former faculty Sabbir Ahmed, Assistant Professor, FST, AIUB who
received an well-known scholarship on Commonwealth funded Australian Government Research Training
Program (RTPi). 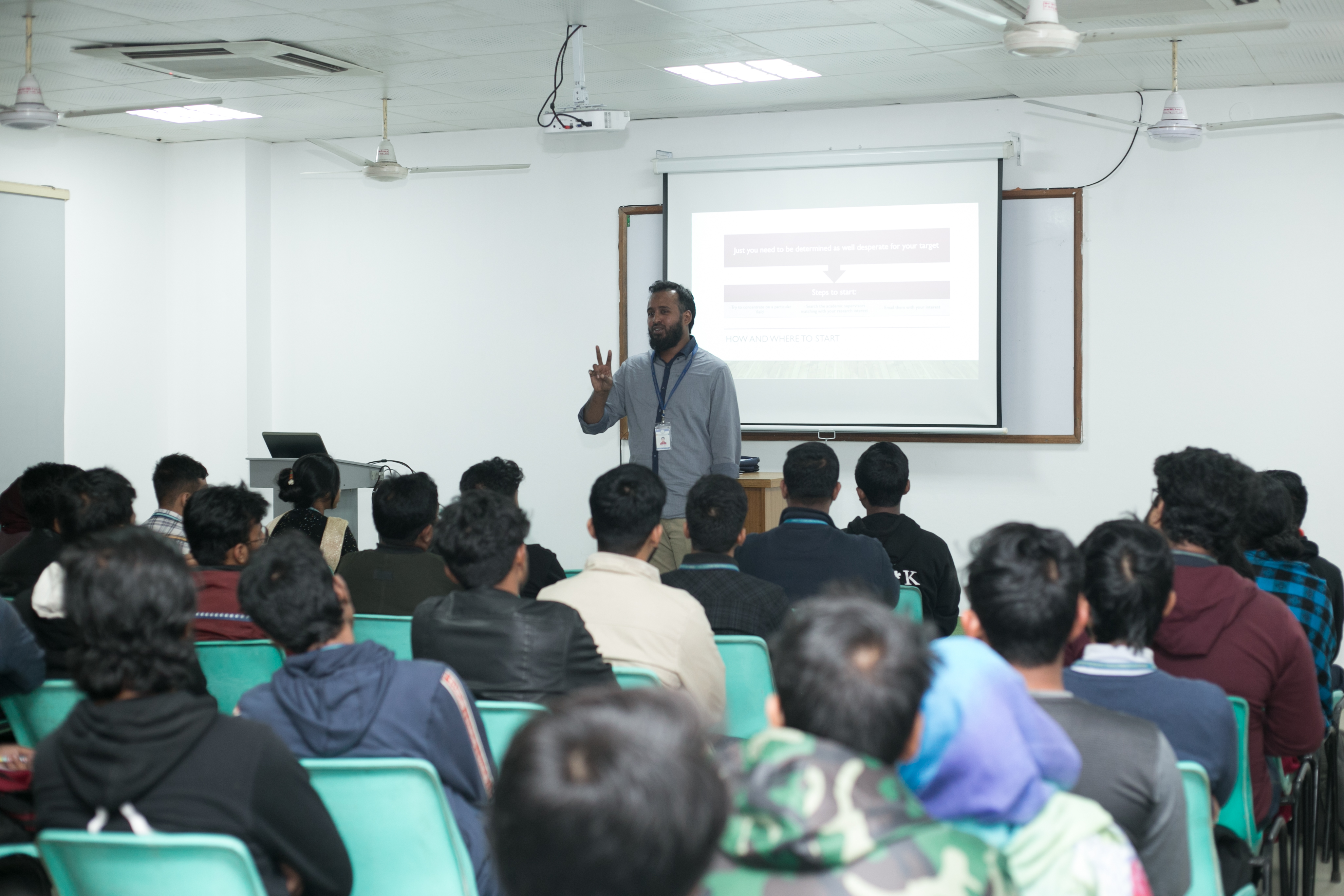 After introducing himself, he shared his feelings before he leaves AIUB and the country. He
mentioned that the seminar would mostly seek attention of MSc. graduates since it mainly focuses on PHD and
its relevant themes.
In the beginning, he let know the fact that he, as a teacher, only could tell the way but the students needed to
perform the execution themselves. Then he started reasoning the main points elaborately. Regarding why
students need to study abroad, he stated that to pursue Master’s degree or PHD degree, which is an
international degree with funding and highly encouraged the students to be a researcher in a particular field. 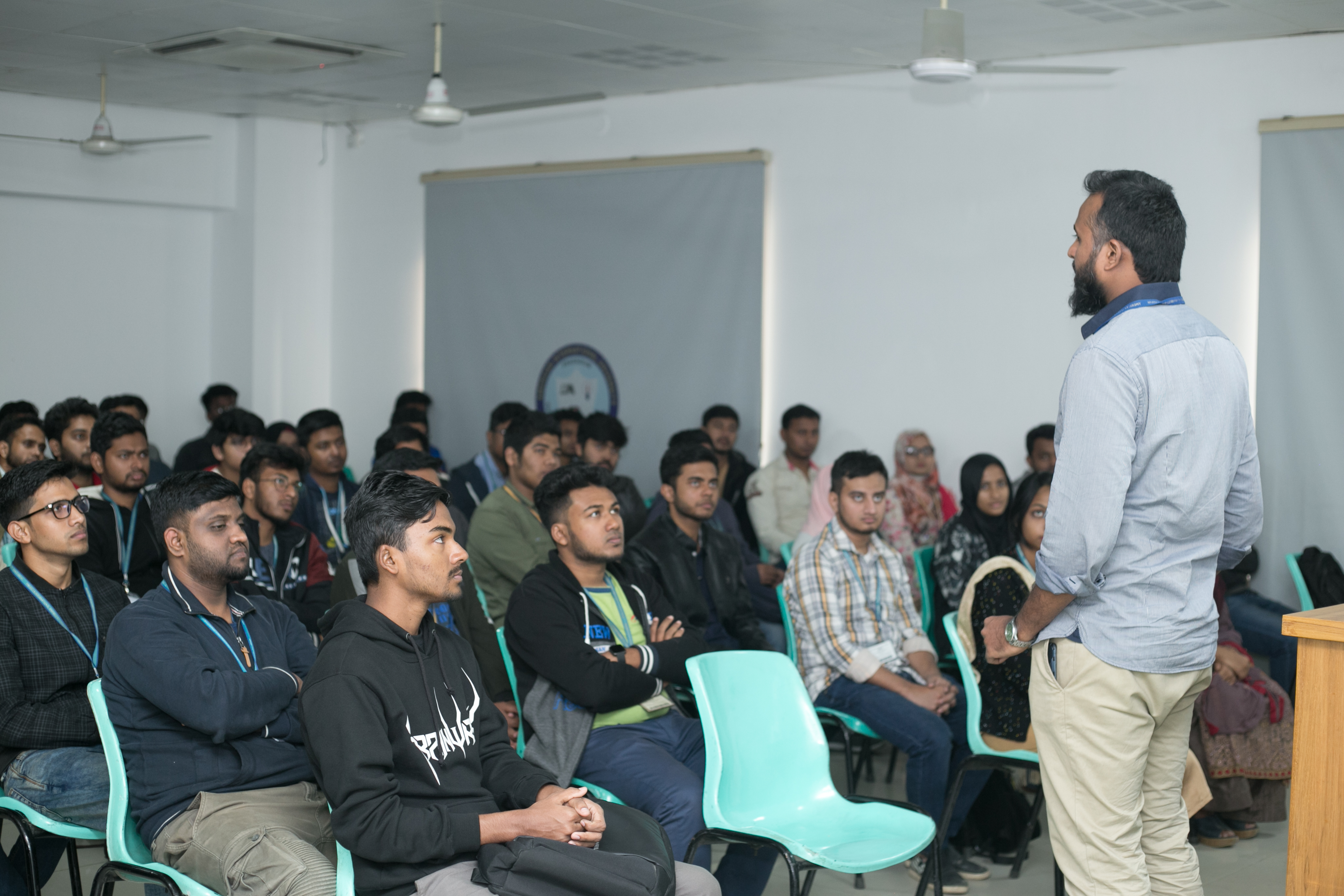 He cleared a common confusion of most students by saying that, doing Master’s degree at abroad is better but
not mandatory as it actually depends on decision and situation. If opportunities come on his way, he would
definitely think about it as it creates scope for his students and his country, as he said. In the meantime, he
expressed how much he was proud of the achievements of students from AIUB and Bangladesh. Also he
expressed not to worry about choosing the field of study or any age-long unemployment but only supported
the desperation and determination for higher studies. He mentioned about his applying at six different places
in Australia and in return he received acknowledgement from five places. Meanwhile, he mentioned his field
of study for PHD degree which is on ‘Information Security’. The main points were to concentrate on a
particular field, start searching the academic supervisors matching with own research interest and email them
with the chosen interest.
Besides, as a warning, to know regarding the depth and breadth of the chosen idea on practical basis is very
important. Then, he suggested to have a strong background before communicating with the supervisors. He
pronounced about minding the idea of selling oneself as a product and being positive in attitude to the
supervisor while mailing. Since, managing of fund exceptionally depends on just convincing the supervisor. He
also added about a lots of scholarships available for both Master and PHD degrees in abroad. Coming to the
utmost part of the topic he suggested to publish the thesis and research paper disregarding about its quality
completion and time but of course considering a strong CV.
Eventually, there was a question-answer session where he shared his experiences with each answer to
students’ questions. 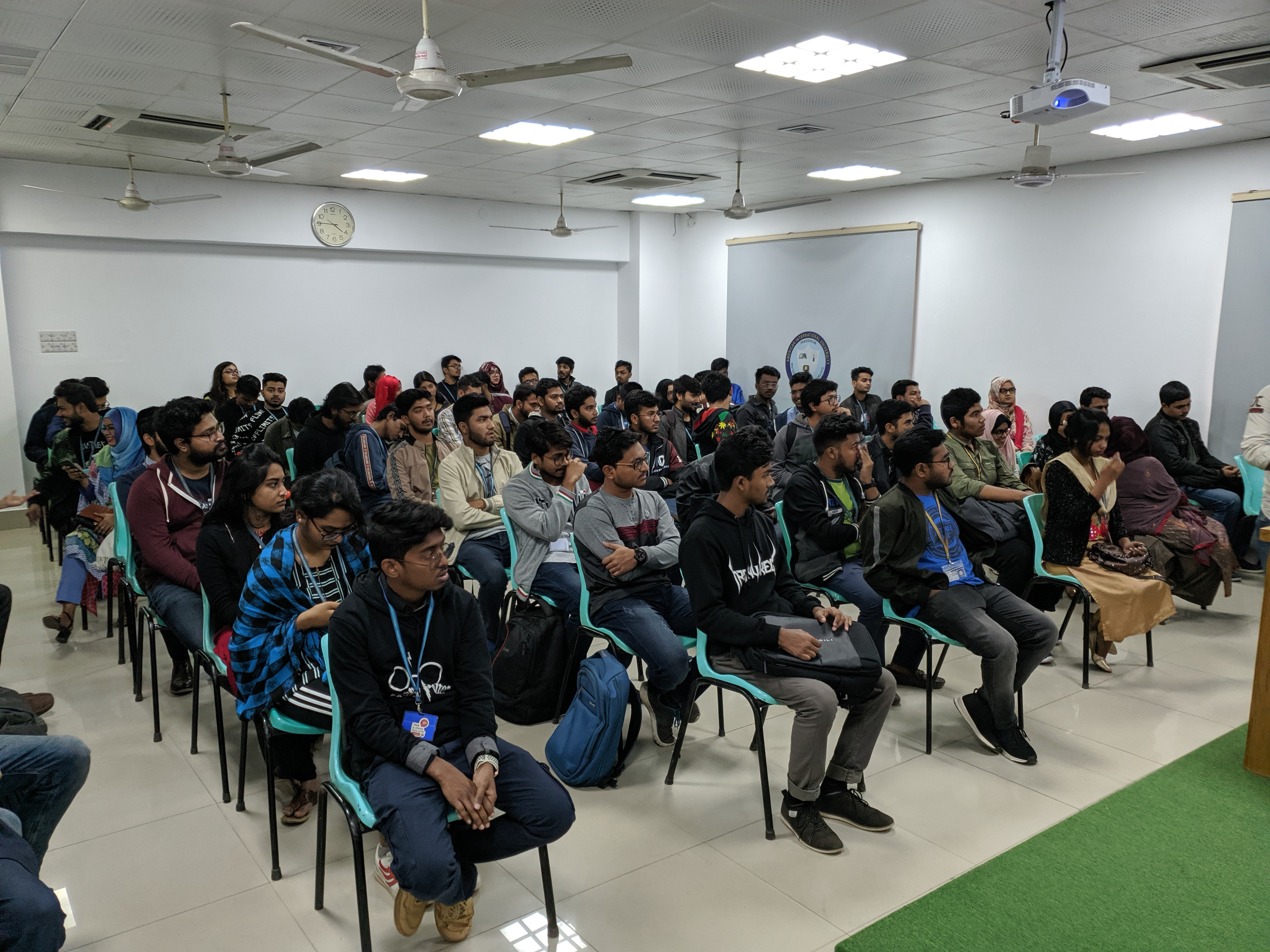 Afterwards, he concluded the seminar by asking for blessings and ensuring to response
the students as much as it would be possible for him. Also, he shared his medium of communication. After
that, he received a token of appreciation by our honorable faculty, Mohaimen-Bin-Noor, Lecturer, CS, AIUB.
Then, a photo session took place with the participants.
AIUB Computer Club (ACC) would like to thank the Office of Student Affairs (OSA) and Department of
Computer Science for the support to organize the seminar. 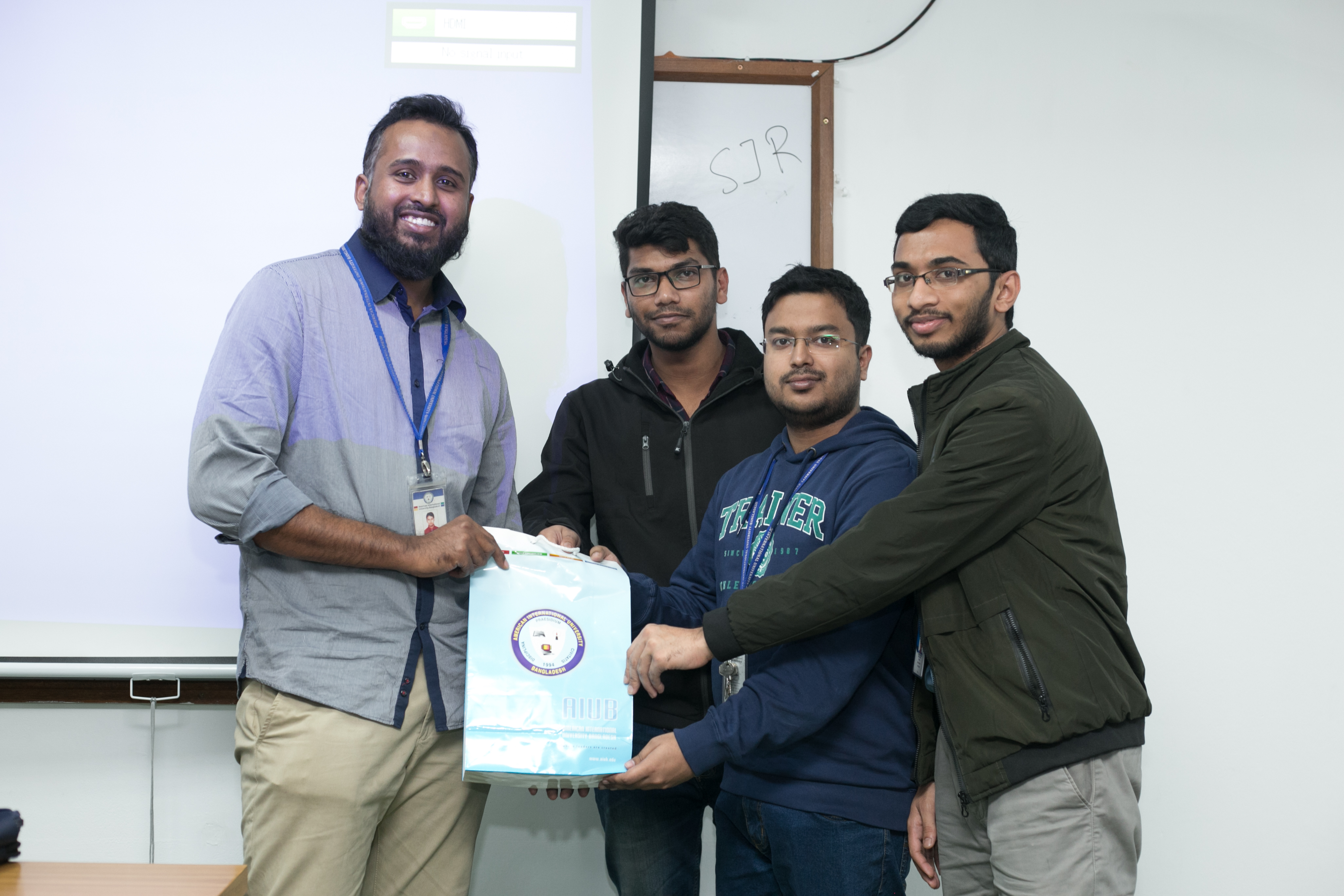